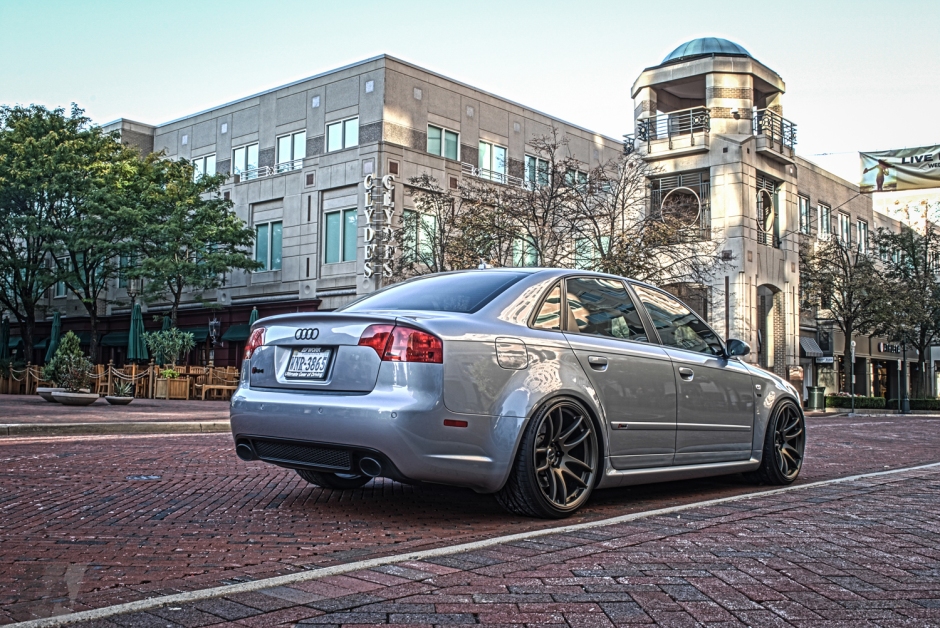 I always loved cars, My dad had a few awesome cars growing up like a Corvette, Alfa Romero, and even owned a modded VW Jetta at one point

Vernon always loved cars, he got it from his father, who not surprisingly loved them as well. Vernon grew up around them, so it’s safe to say that cars run in his blood. Vern was a JDM guy in the beginning, he read SuperStreet and other JDM magazines. His first car was a Mitsubishi Eclipse GST with a 4G63 motor, as the car aged, Vern started to look for a new project. He set his heart on an Evolution, it had the same motor, and was in Vern’s mind the next logical step. While looking for the right Evo, Vernon came across a B5 S4, he took it for a test drive, and drove it home. Vern never looked back. Today, one VW and two B5 S4s later, Vern is a proud owner of a 2008 RS4. He will always love his old B5, but after driving a friend’s RS4, Vern was sold. He was looking for a nice B8 S4, however that plan was quickly dropped for the RS4. After two fell through, Vern set his sights on an Avus Silver RS4 with a Ti edition package in Ohio. He kept his eyes on the car for a few weeks, all the while his house filling parts for the RS4. After a few conversations with the dealer, Vern received a full history report of the car, it was perfect. Vern bought a ticket to Ohio and bought the car sight unseen. He took for a test drive and was sold, paper work complete, Vern drove the car home. His initial impression of the car was simply mind blown. Vern expressed that the cars handles better he could have ever imagined. He set about making small adjustments to the car to make it his own.

Vern started with an APR tune, he then tackled the exhaust, with an H Pipe from ECS Tuning, Magnaflow catless downpipes and finally modified factory mufflers. He swapped out the filter for a K&N, deciding to keep the engine simple for now. (Although he does plan to boost it in the future) Instead, Vern focused on the braking and suspension aspects of the RS4. He started with a rear sway bar upgrade from Hotchkis, and an upgraded TQ mount from 034 Motorsports. Vern paired this with the 034 control arm kit and a KW coilover system. Finally he locked down the rear diff with an Apikol Red mount. Next, Vern upgraded the stopping power, opting to keep the stock calipers and swap out the rotors for an Aero drilled set from Stoptech. He also dropped in stainless steel lines and Stoptech pads front and rear. Vern kept things simple from an exterior point of view, by making small changes to the cars look. He clear cornered the headlights and blacked out the shells. He upgraded to Ziza LEDs and 6k HIDs. The new lights give the car a more modern look. Other small exterior changes include blacked out emblems some tastefully crafted carbon fiber elements, including a Cupra lip. Finally Vern runs a subtle 50% tint all round. The interior is stock, minus the Alpine amp and 800w Kenwood sub. Finally to finish off the car, Vern opted for a set of 19×10.5 Work CR Ultimate’s with an ET of 22mm. He wrapped them in 265/30 Hankooks. The bronze wheels suit the car wonderfully, and Vern only had to roll the front fenders a tad to fit everything perfectly. The RS4 comes from the factory already packed with aggression, so it doesn’t take much to set one off. Vern poked a little here and nudged a little there to strike a fantastic balance of OEM and personally with his RS4. He managed to take a great looking car, and squeeze out every bit of beautiful aggression is has. Well done mate, well done. 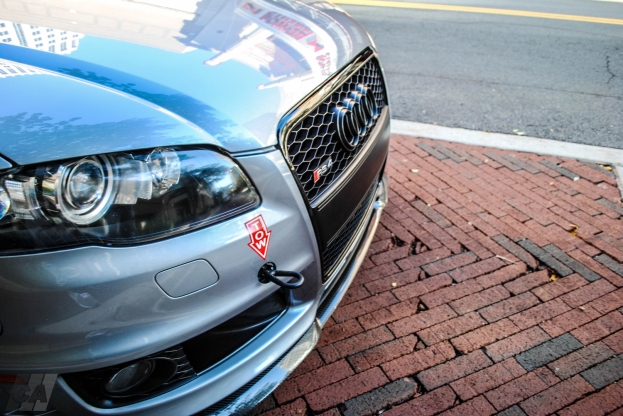 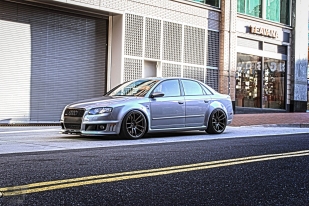 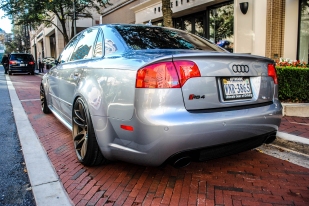 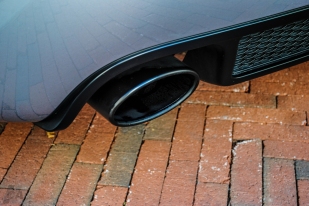 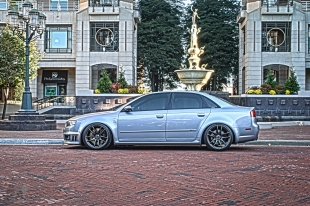 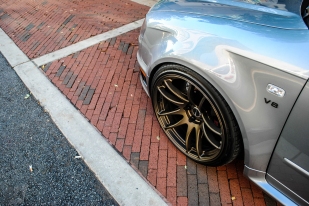 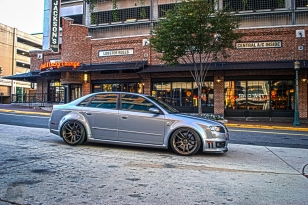 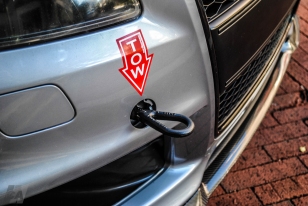 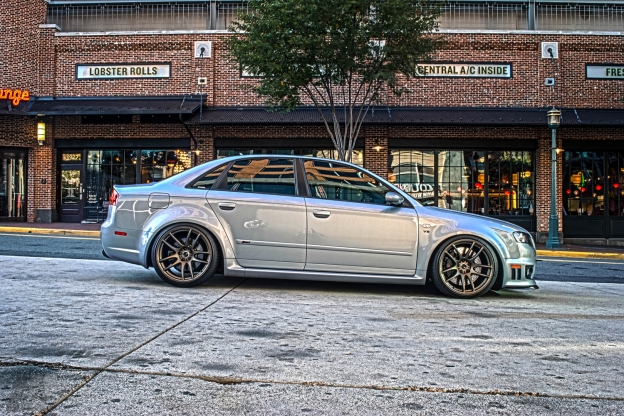 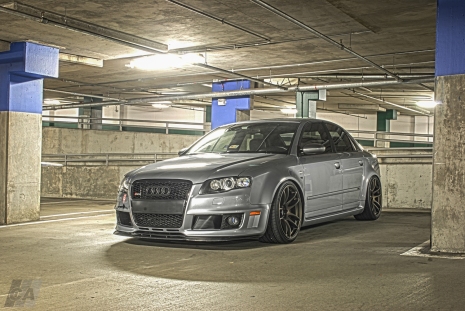 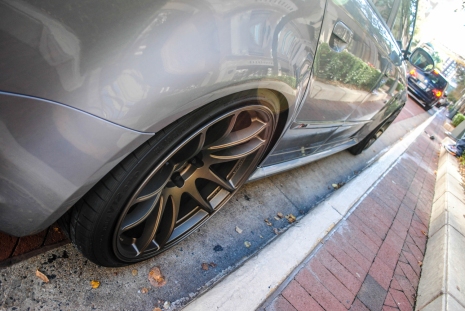 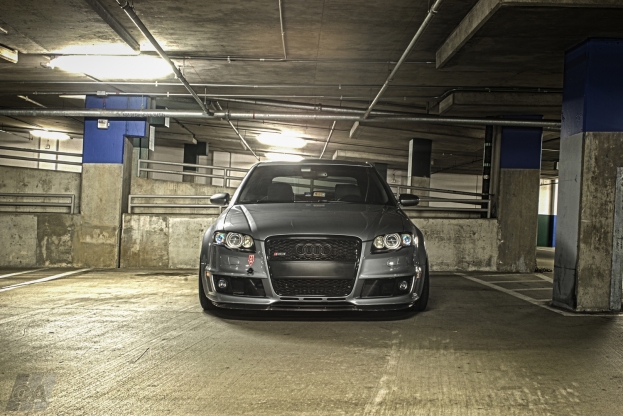 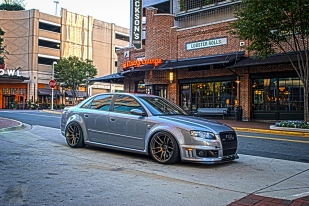 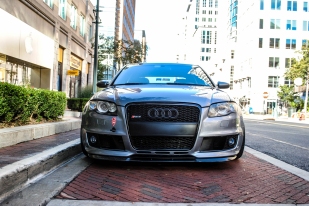 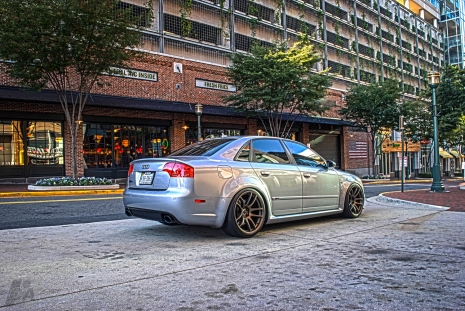 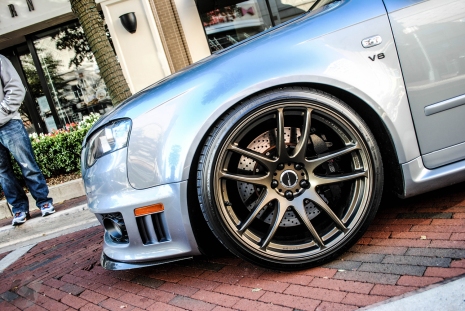 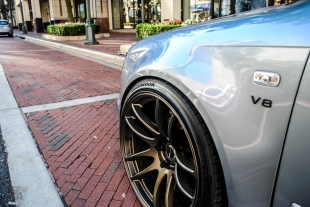 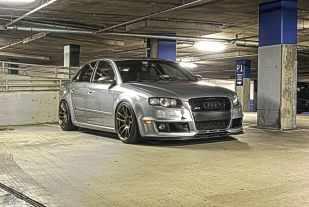 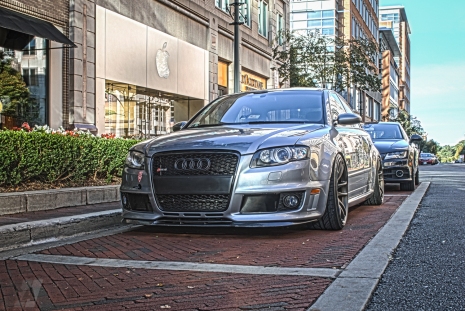 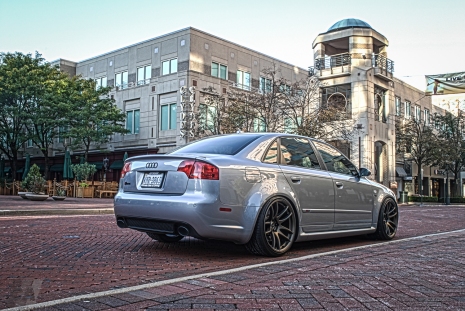