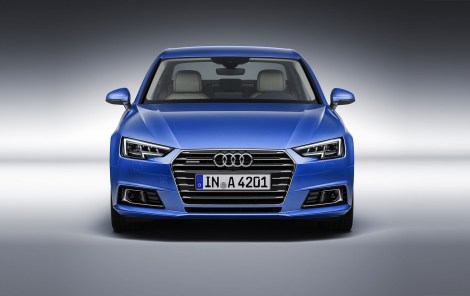 When Audi launched the new B9 A4 and S4 body shape, it took us a minute to see the differences. It was clearly different, the overall feeling of the car had changed. But we had to stare for a few minutes to see where these differences were coming from. Unlike past generational changes, the new body style was less aggressive in its transformation. Edges have become more angular. The headlights have changed slightly, almost as if evolution was at work in a time lapsed manner. The similarities are not only evident, but striking, as many of the same lines carry through from the B8 generation to the new B9 body. The door panels share almost identical lines with the older generation. And yet it’s a completely new car, the car itself has become more aggressive. The wheels finally have filled out the wheel wells. The front of the car is sharper, yet more refined as if it has become wiser over the years. We still see the oversized grille up front, but its edges are better defined. The tail lights have changed the most, becoming more angled and longer. The rear of the B9 body is equally angular, with the bumper jutting out like the chin of a cartoon superhero. The signature hard crease in the side elevation of the car has become deeper, which is a good thing. The doors has seemed to become even less shapely. The front fenders appear to be more angular, and yet simpler. Perhaps the most subtle and yet most impacting change to the rear of the B9 body is the more angular roof line. Such a small change has had a huge impact on the personality of the new shape. (The jury is still out on this one) The front bumper is arguably much improved, its angular fog lights doing wonders for the assertive nature of the new A4. At the same time, the hard angles start to que the styling of the new BMW fronts, although the new Audi face manages to avoid the pug look that the new 4 series has started to take on. (You too Lexus) With all that being said, the Avant form of the B9 is absolute sex. Its rolling profile is a criminally good looking mix between muscle and delicate lines. The wedge shaped side skirts seem at home on the Avant, further contributing to its menacing appearance. From the rear, the Avant body becomes even more intoxicating. The rear spoiler making the car seem like its slicing through space and time, while the single sided dual tail pipes recall the glory days of the B5. It’s a stunning balance between a grown and mature evolution of time, and the loud mouthed aggressive styling of the boy racer past. We liked the B8 when it first hit the market, we love the B9. This could very well be the new B5. If only they did something about that f***ing hood. 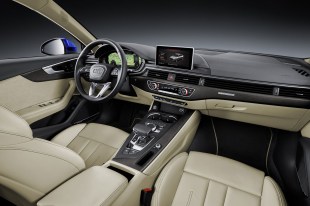