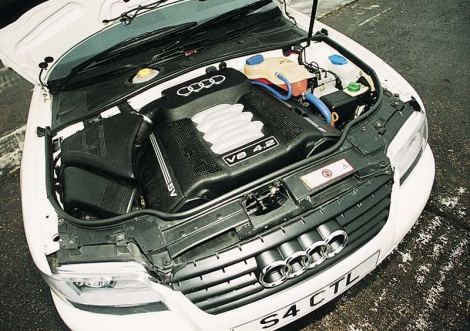 So as you may have noticed, the build has been somewhat quiet in recent weeks. That’s because its cold a hell outside and we sort of don’t want to do any work on the car, something about cold metal against brittle bone, or whatever. Fear not, if you have been dying to geek out on some juicy tech talk, we have you covered. Today we are going to cover some fun facts about swapping an engine. Specifically what it takes to stuff a v8 into a B5 A4, now I know what you are thinking, but sadly the answer is no. Clean Audi will not be swapping any engines soon, so this is a purely hypothetical. Rest assured though, it will cover your needs. Also, as soon as the weather permits we will be posting a detailed article on wheel bearings. So look for that in the coming weeks! Now, as most of you know, a B5 V8 swap has been done in the past. Engines such as the LS1 and other wilder variants have been stuffed into the front of that oh so lovely B5. The first well known conversion was the Cosworth project undertaken by Audi Group. The project was a test fit for the B6 S4; it used a specially modified 4.2 V8 with natural aspiration. The goal of the project was to determine whether the larger V8 had any adverse effects on handling and performance of the new car. As history can tell us, that would be a no, Audi did start using the 4.2 in the B6 platform and up. (Making a good 2.7t harder to come by…Damnit) However, like most prototypes, there were problems. Cosworth had to modify the front bumper and housing to fill the oversized engine, strange considering that the already built S6 and S8 4.2 v8’s fit just fine. The final product, although fast and well built, was ugly in the front. The elongated front bumper threw the carefully balanced proportions off. This problem seems more like a case of too much design power, resulting in Cosworth taking short cuts because they could. Had it been a backyard project, the bumper would have been left untouched for budget reasons. That been said, it was a great leap forward for tuners, because someone had paved the way and in the process opened the flood gates. After the Cosworth project, several tuners took up the challenge of building it better. They sourced engines from S8s, A8s, S6s and newer S4s, some even went out of house and stuffed American LS1s in. (American V8s are no joke) That was a terrifying prospect, a B5 A4 with 500 and 600 horse power. Suddenly that B5 at the stop light was a serious threat, posting numbers that were in Lambo killing territory. So what does it take to get there? Well it’s not as hard as you think, and from a cost point of view, it’s about the same as building 2.7. The swap itself is tricky because of ECU problems and matching and mating transmission components. As for an engine, we have included this break down from Siena, an active member on many Audi forums. He has put together a list of engines as well as the bits and ends needed to make it work. Thank him, no really, thank him.

Audi V8 3,6L 32V (PT).
This engine from the original Audi V8 will undoubtedly be the cheapest here. It yielded 250hp in stock form, and while not the most powerful option, it would be best suited to a FWD car, where traction could become an issue.
My only reservation though is the twin distributors would foul the secondary firewall. I do not advocate cutting into this seemingly flimsy piece of metal – it may not look structural, but it is. Of course, this can be converted to coil-on-plug, and either run on a later harness and ECU from an A8, or stand alone. These will add to the cost.

Audi V8 4,2L 32V (ABH).
This is mechanically similar to the 3,6L 32V, but yielded 280hp.The same twin distributor set-up as the PT, so the same comments should be taken on-board.

Audi S8 3,7L 32V (AEW).
The smaller sister to the 4,2L ABZ, this motor produced 230hp stock. It is a coil-on-plug set-up, so suited to the B5 chassis without molesting the secondary firewall. With the lower power output, ideally suited to FWD models.
Audi A8 4,2L 32V (ABZ).
This was the first Audi V8 to run coil packs, dimensions are the same as the PT / ABH, but the absence of distributors means it will fit the B5 chassis without compromising the secondary firewall. Power output is 300hp in stock form.
Audi S8 4,2L 32V (AHC).
This was a heavily reworked version of the successful ABZ, and was fitted to European S8 models. It produces 340hp in stock form, and while it may look similar to regular ABZ models, it was verry different in character.
It had revised camshafts, and the redline was 7,000rpm, pretty decent for a V8 of that era. The exhaust tappets were hydraulic, the pistons were different, giving a higher CR (11,5:1), the intake plenum and throttle body were larger, injectors were larger, and of course, the ECU software was modified to cope.

Audi A8 3,7L 40V (AKC / AQG).
This was the smaller displacement V8 fitted to the A8, in both FWD and quattro guise. Coil-on-plug set-up, and drive-by-wire and VVT makes this ideal for later cars. Power output went up to 260hp, a 30hp increase over the similar displacement 32V. The increase was due more to revised ECU and cam timing, rather than the extra valve per cylinder. Ideal for both FWD and quattro B5 chassis.

Audi S8 4,2L 40V (AVP).
This was the final revised V8 fitted to European S8 models. It produced 360hp in stock form, featured coil-on-plug, DBW and VVT. It was only available for 2 years, so not as plentiful as earlier versions. Not recommended for FWD B5 cars, due to higher output. 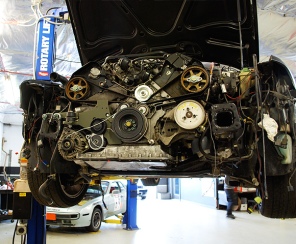 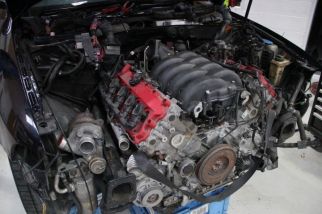 All that being said, there is still a lot of work that goes into this sort of swap. However to reiterate the basics, it can be done. You should not need to modify the frame at all (Maybe a little). The hardest part comes after the engine is in, mapping the ECU. The biggest hurdle is getting auto to run manual. But it will fit, unless it’s a RS6 engine, then your screwed… Another important note is this: try to use an engine that matches the setup of your car. Look for older 4.2 out of A8s and S6s. The new v8 in the B6 S4 is a disaster of an engine. It has pointless changes in engineering and many tend to have cylinder scoring problems. It can be done, but older is better in this case. The link below is to Siena’s original post, it will take you through the steps to getting a V8 into your car. It is important to note the other factors such as engine control and transmission choice. We have also included a few videos of completed swaps as motivation. Happy wrenching. 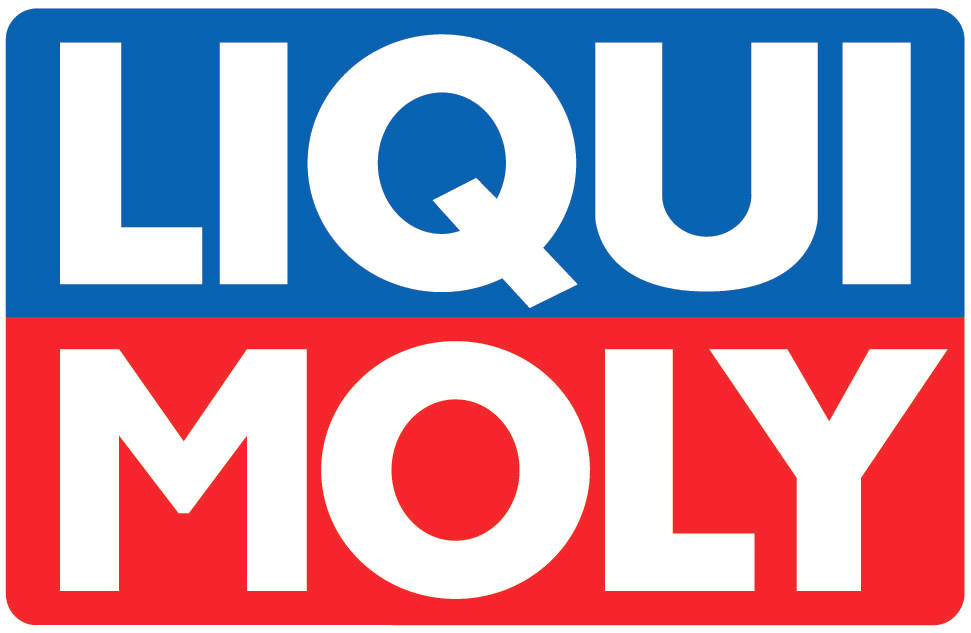