Michèle Mouton. She is a legend, a French icon and one of the fastest women in the WRC. Her career started as a co-driver, however she quickly moved into the drivers seat. In 1975 she won the two liter prototype class at Le Mans. She was driving an Alpine Renault A110. In 1977 Mouton signed with Fiat and took second place in the European Rally Championship. She took the 1978 win in the Tour de France Auto and posted consistent results in local WRC events. In 1981 Michèle Mouton signed with Audi Sport and began driving the Audi Quattro. In her first year with the Audi Quattro, she took a surprise victory at the Rally Sanremo. In the 1982 season, Mouton finished a close second overall to Walter Röhrl, after wins in Portugal, Brazil and Greece, and helped Audi to its first manufacturers’ title. In 1985, she won the Pikes Peak International Hill Climb in the United States, setting a record time in the process. In 1986, she moved to Peugeot and won the German Rally Championship as the first female driver to win a major championship in rallying. The stats are impressive, several high profile wins in the first few years of her driving career. That however is not why we chose to write about her. Ms. Mouton was a pioneer in her field; she took an untested platform to the WRC and used it to win races. The fact that she was able to set records at Pikes Peak is an incredible feat. It’s not just the fact she was a woman, nor the fact that she was a first. It’s the fact that she did all of those things in a car that was brand new, and still maintained her grace. And for that we salute Ms. Mouton. There are many men who dreamed of a woman like her, and she gave us hope. And for that we love her. Thank you Michèle Mouton. 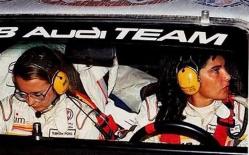 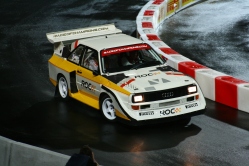 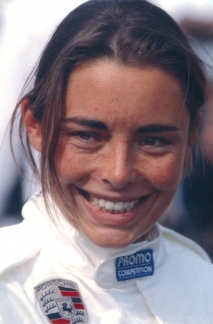 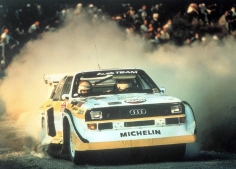 One response to “The Queen of WRC – Michèle Mouton”